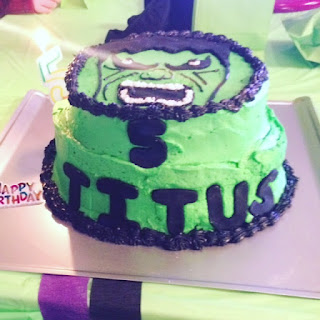 A ginormous THANK YOU to Oriental Trading for allowing me to review several items that made this party a smashing success!   The following items I received in exchange for this review: 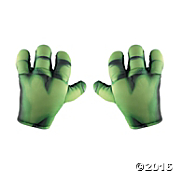 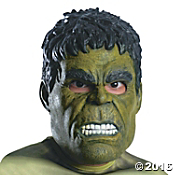 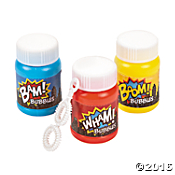 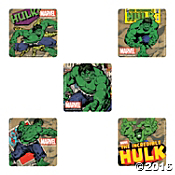 So this party was a smashing success!   Our first event was of course dancing and making superhero poses hearing the sound tracks of some superhero movies. 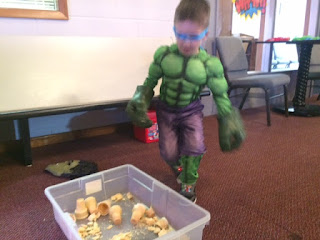 Our first game was "Hulk Smash" and just like in the name we really had to smash!   I used the Hulk Soft Big Hands in this game.   The kids were split up into teams using the Tie-On Superhero Ninja Masks.   Then we would race down and had to use Hulk Hands to SMASH some ice cream cones! 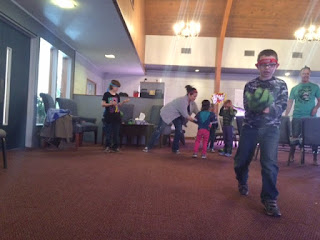 This game is a must at your next Superhero party! 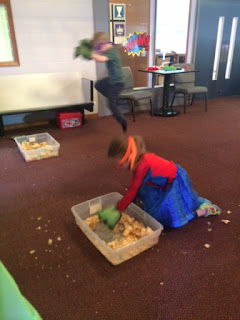 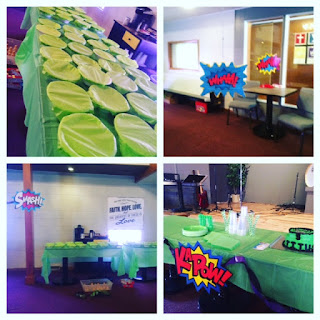 All the kids got a prize and what is fitting after this smashing game is making them have to smash through a tissue paper covered bowl to get their prize.   I use the bubbles and poprocks as prizes! They loved it!
As you can see in the picture above we used the Superhero word cutouts throughout the room.   We put "Kapow" near the Hulk Cake, we put "Smash" near the smashing game, "Wham" near the pinata, "Krunch" near the food table, and "boom" and "Bam" near the Balloon popping game.   It worked and I plan on using these word cutouts again in the future.

Our next Hulk activity was trying to smash some balloons.   Remember balloons need to be filled up as much as possible to make it easier to pop!  It was adorable watching kids jump, sit, and bounce on balloons to try to pop them like the Hulk! 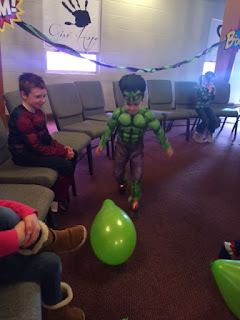 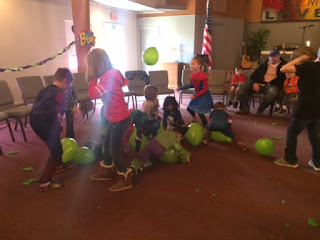 After this game we needed to refuel with some Green punch and Hulk cake!  I have a great friend who made this cake!    It sure was awesome and tasted amazing!

Right before we sang happy birthday my husband had found a really awesome Happy Birthday message from the Hulk on youtube!   I never would have thought of that but he did and the kids thought it was amazing! 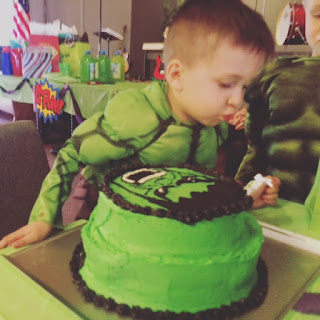 Each friend had a green bag that I placed one of the Hulk Stickers on so they could place their prizes and candy in! 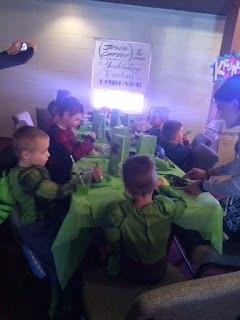 Once we were done with the cake and ice cream we went to get some candy by smashing the pinata.  I was pretty lucky to get a good deal on candy by shopping the day after Easter!  :)