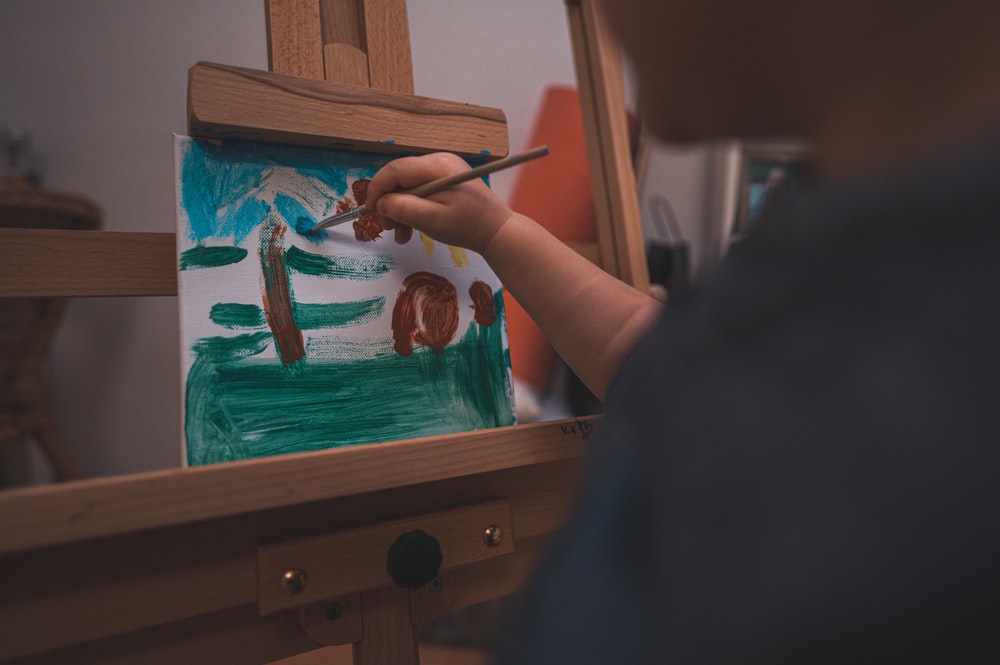 Every parent wants their child to achieve everything possible in their life. Whether it's Math or Science, English or Art, or even sports, you will do as much as you can to help them achieve their potential. One area that many parents want their kids to succeed in is a creative passion.

As your kids become familiar with the world and engage in their curiosity, they will demonstrate signs of creativity. They will play with their toys and invent scenarios that are not restricted by the rules that adults play by. But, as they get older, they may find themselves interested in other subjects and passions. There is nothing wrong with this, but if you believe your child has the potential to be a creative genius, you can find ways to inspire their creativity.

Tell Them There Is No Such Thing as a Bad Idea

There is a widely shared opinion that there is no such thing as a bad idea. Instead, it is all about the execution. You have probably encountered this in your professional life, but you can also bring this attitude to your child in their creative endeavors.

Even the smallest idea can become something special if approached the right way. Learning what works and what doesn’t will give your child the tools they need to overcome problems and think creatively. When they are playing with toys, writing stories, or playing music, you can encourage them to keep going until they unlock the secret to brilliance and mold an idea into something unique.

Many parents can fall into the trap of calling their child a creative prodigy or something similar. However, while you may not think this is doing much harm, and even encouraging them, it can put unnecessary pressure on your child and give them the wrong impression of what creativity is.

By avoiding labels, you allow your child to pursue their creativity their way. Being creative is not just about drawing well or having a knack for poetry, especially if they’re too young to understand poetry. Instead, it can apply to subjects that are not traditionally considered creative, such as Math or Science, which also involve a degree of creative thinking.

That said, it's still important to encourage their passions. If they show an interest in specific crafts or artistic subjects, you should do everything you can to explore these interests further. As they are so young, the art may not be good by adult standards, but this doesn’t mean you should disregard it.

No parent would disregard something their child makes, of course. But, some will have their own ideas about what they want their child to become. Pushing your wants on them too aggressively could stifle their creativity from an early age, which means they aren’t able to develop a creative nature that can benefit them as they grow up.

During their early years, your children will look to you for validation or advice on what to do when faced with creative tasks. You can give them a push in the right direction, but you can also work to consolidate their learning and help them become more independent.

Your child may not have the same interests that you do as they grow up, but this is a good thing. It gives them more diversity in their thoughts and opinions, which gives them the confidence to explore different creative mediums without needing your help. Allowing this independence will introduce them to creative ventures that they may never have encountered otherwise.

Introduce Them to Different Mediums

If your child has shown themselves to be adept in one type of creativity, you can still help them explore other things, too. This is best when they are younger, as supporting your child’s emergent literacy skills while still introducing them to music, films, or art will broaden their scope.

People are not just inspired by what they are good at. They take influence from a wide range of different mediums. This makes them a more well-rounded creative individual that can take small details from each medium to create something themselves with fantastic results that would not have occurred had they been too narrow in their interests.

Be a Role Model

It’s safe to assume that your kids think the world of you. They look up to you and may even want to be just like you (especially when they are younger). If you have a passion for creativity yourself, you can be the role model they need to pursue their passions.

To achieve this, get them involved with what you do. This is more suitable for slightly older children, but gifting them a musical instrument and playing music together will help them learn the basics and take influence directly from you. As they grow up, they will explore other influences, but this is a fantastic place to start.

Unless you’re a teacher or work with children every day, it can be challenging to get a proper idea of their level and abilities. This poses a risk that you make things too complicated for them, which will only discourage their creative joy.

Therefore, parents who have noticed a creative ability in their kids should try to keep thighs as simple as possible early on. You wouldn’t expect another kid to mimic a complicated prose style without first getting the basics right, so keep things simple at first and then work your way up.

Creative children are often (sometimes unfairly) praised over ‘less’ creative counterparts. This can be damaging to their development, though. If you constantly reward your child with gifts or treats and tell them they are the next Mozart, there is a chance that they won’t be able to deal with proper criticism later on.

So, you should still praise and encourage, but rewarding them will cause unsuitable associations and incentivize their creativity, which goes against the nature of creativity altogether.

Contrary to popular belief, technology does not turn your child into a screen-obsessed drone. With the advancements of technology in the palm of your hand, you can use it to improve and harness creativity in ways that were never possible before.

Every device has the chance to become a keyboard, a canvas, or a camera. If you make the most of what technology offers, you give your child the tools they need to pursue their creative interests in ways that were never possible before, and all without spending hundreds of dollars on expensive equipment. You can save that for later.

Let Them Be Bored

Many believe that boredom is the key to unlocking creativity. By reducing screen time watching TV, you force your kids to entertain themselves. Depending on how old they are, this could be playing with friends and inventing stories of heroes saving the world, or it could drive them to look for something that engages them.

Everyone has a creative nature nestled within, and it can manifest across a broad spectrum. While most will associate creativity with art, music, or writing, any passion will demand creative thinking, even if it is not a traditionally creative industry. Therefore, it’s important to help your child ignite their creative spark as early as possible and teach your kids the importance of being creative when faced with something new.